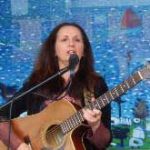 In her teen years, she played bass guitar in a jazz band and sang for pleasure with friends doing mainly harmony-based vocal stuff. She also went on to perform in cover bands while forming the Elizabeth Scott Band.

Riley Jordan has absorbed many styles of music, through her work with diverse groups of musicians over many years in the Melbourne music scene. Her style is a mixture of roots music including blues, soul, and folk. Her music has been described as having elements of Grace Jones, Tina Turner, Des’ree, and Marianne Faithful. To these influences she brings a large dose of her own originality, so much so that it is hard to pigeonhole her style.