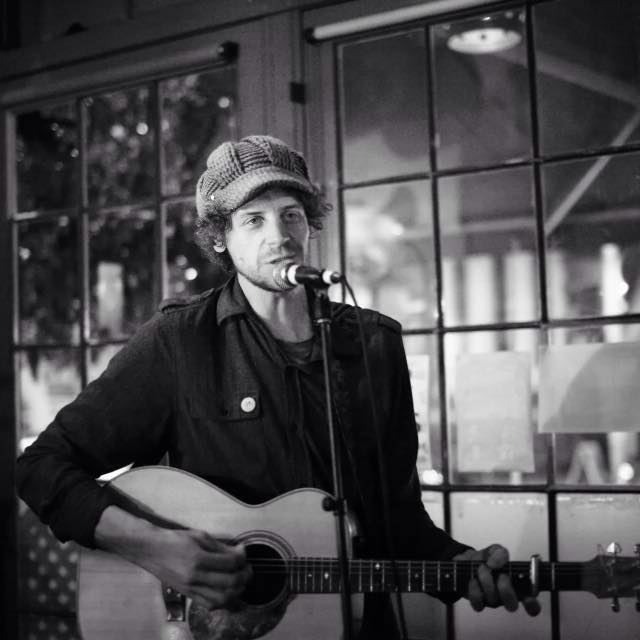 Tim was born in central Gippsland and was introduced to Folk music at a very young age, whether it was by joining in with Mum and Dad as they played music in the kitchen or watching them and other performers in restaurants around town.

When Tim moved to Melbourne, he became well known as the host of the Bender Bar Open Mic Night (now Thornbury Local) and as an active supporter of the local music scene. He then got his band together, The Dirty Shoes, to release their first and long awaited EP, It’s a Tootbrush in 2008.

His song Tale of a Possum is featured on the Paper Crane Compilation CD and in 2011 he won the Maldon Minstrel award held at the Maldon Folk Festival. Tim is in the process of making a debut album and will be touring in far north Queensland later in the year featuring in the lineup at The Wallaby Creek festival.

“Tim Woods is a captivating performer with a knapsack of great songs from his travels through life. His warmth and good humor always have audiences tapping their feet, smiling and singing along.” ~Vic Farrell Letterbox Music