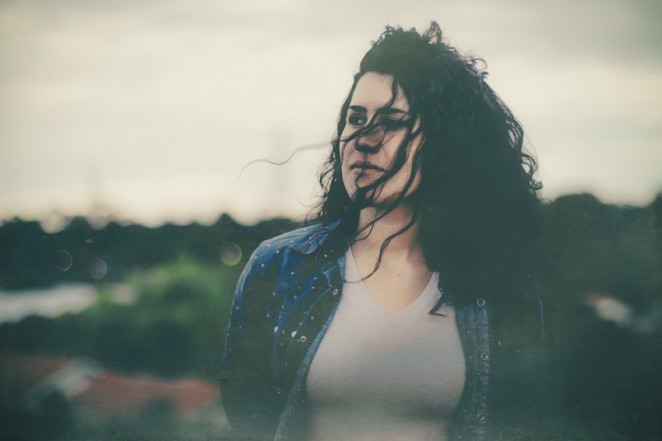 Cat Canteri is a true musician in the sense that she lives for the music, primarily as a solo artist but also with a rich history of collaboration with other bands and songwriters. Raised in the inner north of Melbourne, Cat released three albums with The Stallions, before releasing her debut album, when We Were Young,  in 2014,

Now, in 2016, Cat has released her brand new EP Late At Night which captures both the vitality and intimacy of her live shows across six new songs. Her folk meets country meets indie-rock style still shines through as she ventures into new territory with the electric slide guitar and a bold and unselfconscious vocal delivery. You can hear traces of The Pretenders, Bonnie Raitt, Eleanor Friedberger and Ryan Adams filtered through the organic rock ’n’ roll of The Faces as she captures both the dash and brio of the live atmosphere and the melancholy of the late-night comedown.

Her songs document real life situations and experiences. You get the sense that Cat is revelling in being able to bring her songs and stories to life, giving them a heartbeat and conveying a range of intimate and emotional states; from fragile to life-affirming.

“Whilst she has the vocal ability to take you to some really dark places, she also has the freedom of expression to bring you back. Similarly, whilst some of the songs have a vulnerability to them, you never lose sight of the strength that’s needed to come back” ~ Fatea Magazine UK